After two years of meeting via computer and mobile screens across countries and continents, 300 physical activity promoters from 40 countries reconnected in person on 17 November at the MOVE Congress 2021 in Brussels. The opening of the MOVE Congress at Tour & Taxis kicked off two days of active networking and expert-led presentations, panels and workshops, with the first full-day programme starting on 18 November at 9:00 CET. The plenary session will be live streamed here on ISCA’s Facebook page.

ISCA President Mogens Kirkeby welcomed the MOVE Congress participants to gather again after two difficult years, underlining how vital connecting with people is to our work.

The curtains opened to local children’s choir Singing Molenbeek, who set the scene for the evening with a Serbian song called ‘Ajde jano’ and followed their multilingual journey during the opening and ISCA awards ceremony with songs in Italian-Albanian and Spanish and stunning musical instrument mastery.

Inspirational keynotes followed from Gonzalo Vargas Llosa, the EU Representative of IRTS partner UNHCR, and ISCA Award nominee, advocate and change-maker Khalida Popal, who put the spotlight on how community and refugee-led initiatives can make a significant difference to the experiences of refugees and migrants. 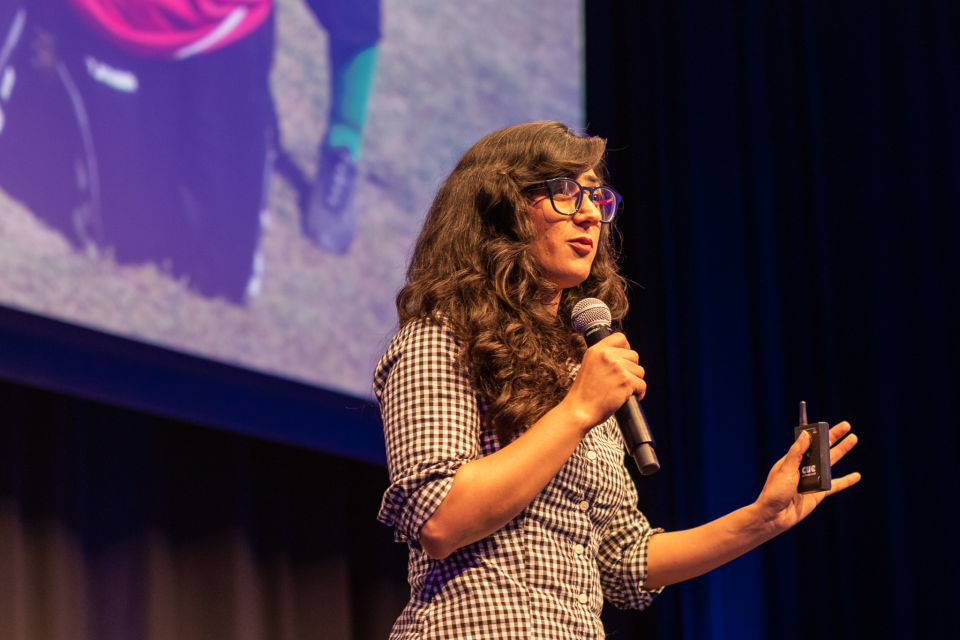 Becoming a voice for the voiceless
Khalida Popal’s powerful story of having founded the Afghan women’s national football team, to being forced to flee her country and then, most recently, having helped other Afghan women and girls evacuate to Australia and the UK, painted both a sobering and touching picture of the devastating reality of being a refugee and fighting for the rights of women and girls in Afghanistan.

“I was told that as a girl I had to stay home and cook. And I said I’m not going to do that. Society was choosing for me, but I wanted to choose for myself… We were told football is not for women and not for our culture and our history. So I said we’ll make the culture and we’ll make the history,” Popal said, adding that through her own heart-breaking journey she was determined to speak out and empower people in similar situations to her own.

“I have one purpose in life and that is to be the voice for voiceless people or the people whose voices are taken from them.” 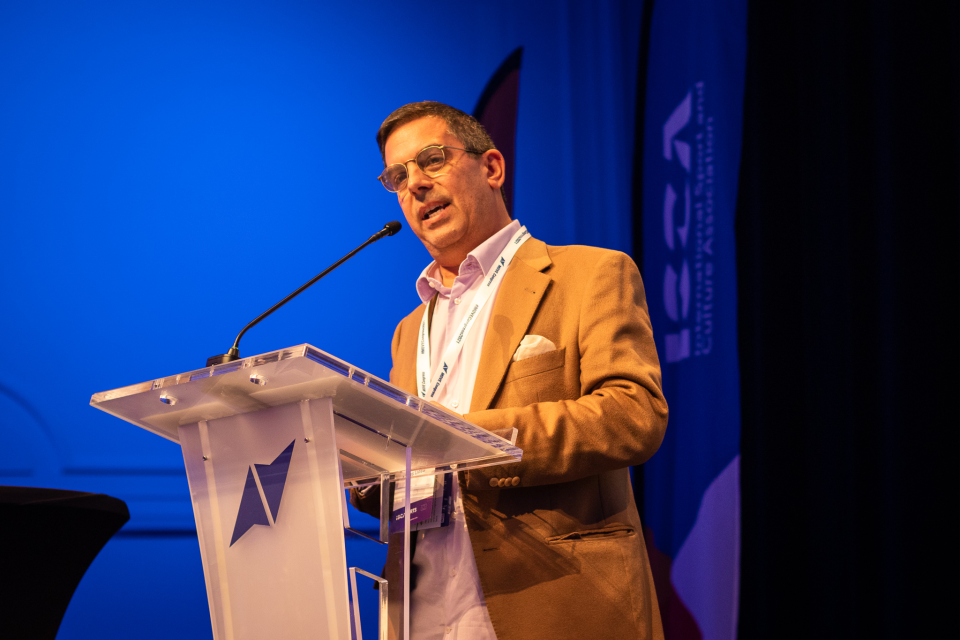 Four Integration of Refugees Through Sport change-makers receive ISCA Awards
At the MOVE Congress 2021 we are celebrating inclusion and diversity, with the most diverse speaker line-up ever taking to the stage this week. And, with support from the European Commission, we are highlighting exceptional work being done to include and empower refugees and migrants through sport. That’s why part two of the opening was dedicated to the ISCA Awards recognising best practices and role models in Integration of Refugees Through Sport (IRTS).

“I am particularly pleased to take part in the first Integration of Refugees Through Sport Awards ceremony,” said Gonzalo Vargas Llosa, who returned to the stage after his keynote to open the awards ceremony with ISCA Secretary General Jacob Schouenborg. “I have witnessed an extraordinary effect of sport on the people UNHCR serves. That’s why this event is important to me.”

Vargas Llosa added in his on-stage conversation with Schouenborg that “the importance of these types of awards and initiatives is that they are a powerful way of countering the negative narrative that [politicians use] to portray refugees as a burden.”

ISCA Awards jury member Alice Barbe, co-founder of SINGA in France, congratulated all 12 nominees for achieving such great impact with their initiatives.

“Inclusion means creating a better future and that’s exactly what the nominees are doing with their work.” 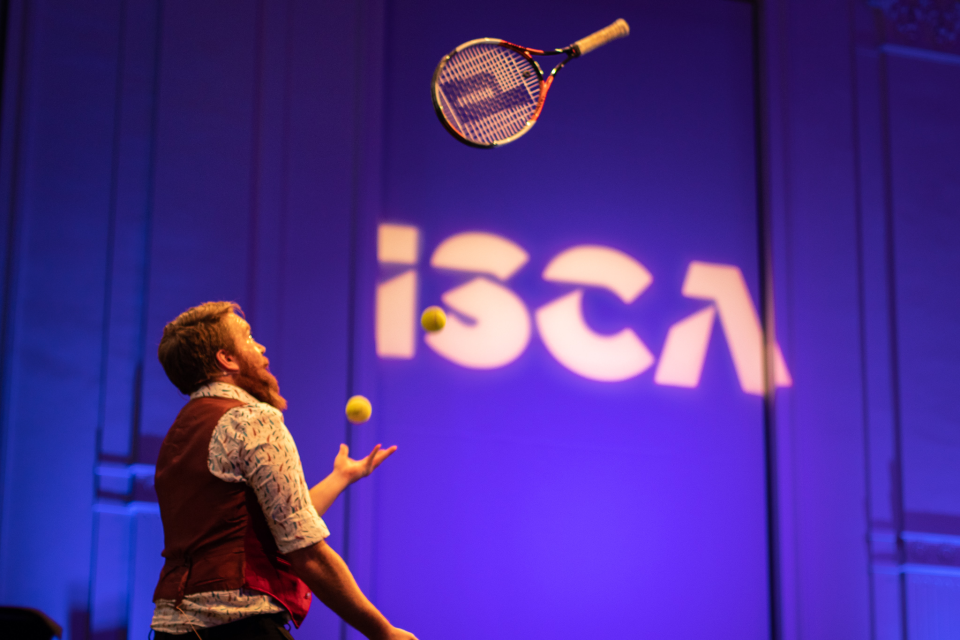 NowWeJuggle!
Of course, at the MOVE Congress there is always a good excuse to MOVE! And this action-packed opening also had some active moments in store.

Now, what was that on our seats in the Ticket Window Hall auditorium? All was revealed when professional juggler Will Borrell from Ecole de Cirque de Bruxelles entered the stage – one, two, three, SEVEN juggling balls? A cricket bat, football and tennis racquet? Everything is possible, he told us – and if you drop one, you just RESTART.

Borrell guided the audience through some quick juggling drills, adding a degree of difficulty at a time before 200 juggling balls were flying in the air.

We’re ready for another day of one of the world’s most active conferences tomorrow! 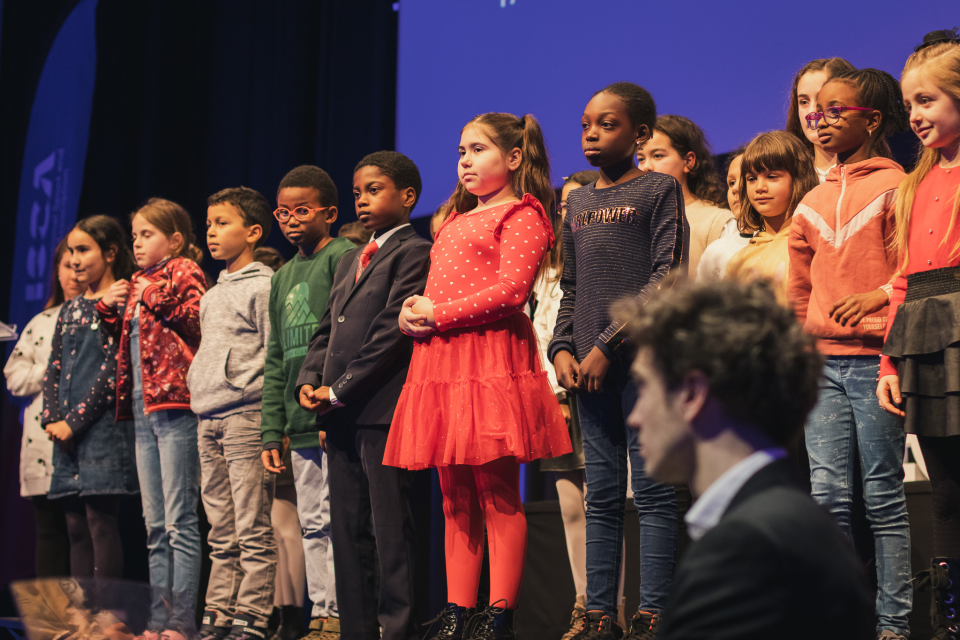 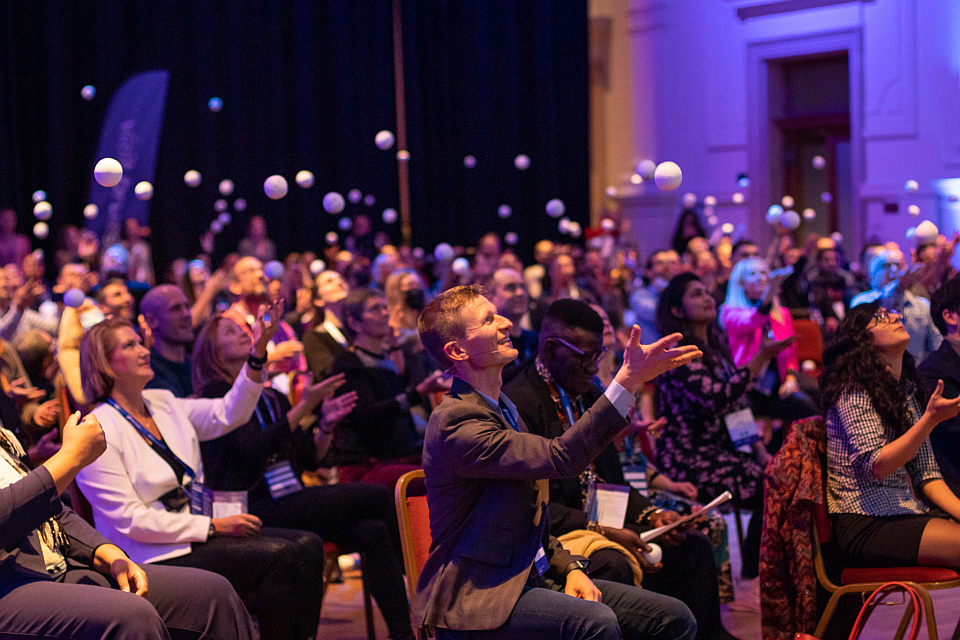 After two years of meeting via computer and mobile screens across countries and continents, 300 physical activity promoters from 40 countries reconnected in person on 17 November at the MOVE Congress 2021 in Brussels. The opening of the MOVE Congress at Tour & Taxis kicked off two days of active networking and expert-led presentations, panels and workshops, with the first full-day programme starting on 18 November at 9:00 CET. The plenary session will be live streamed here on ISCA’s Facebook 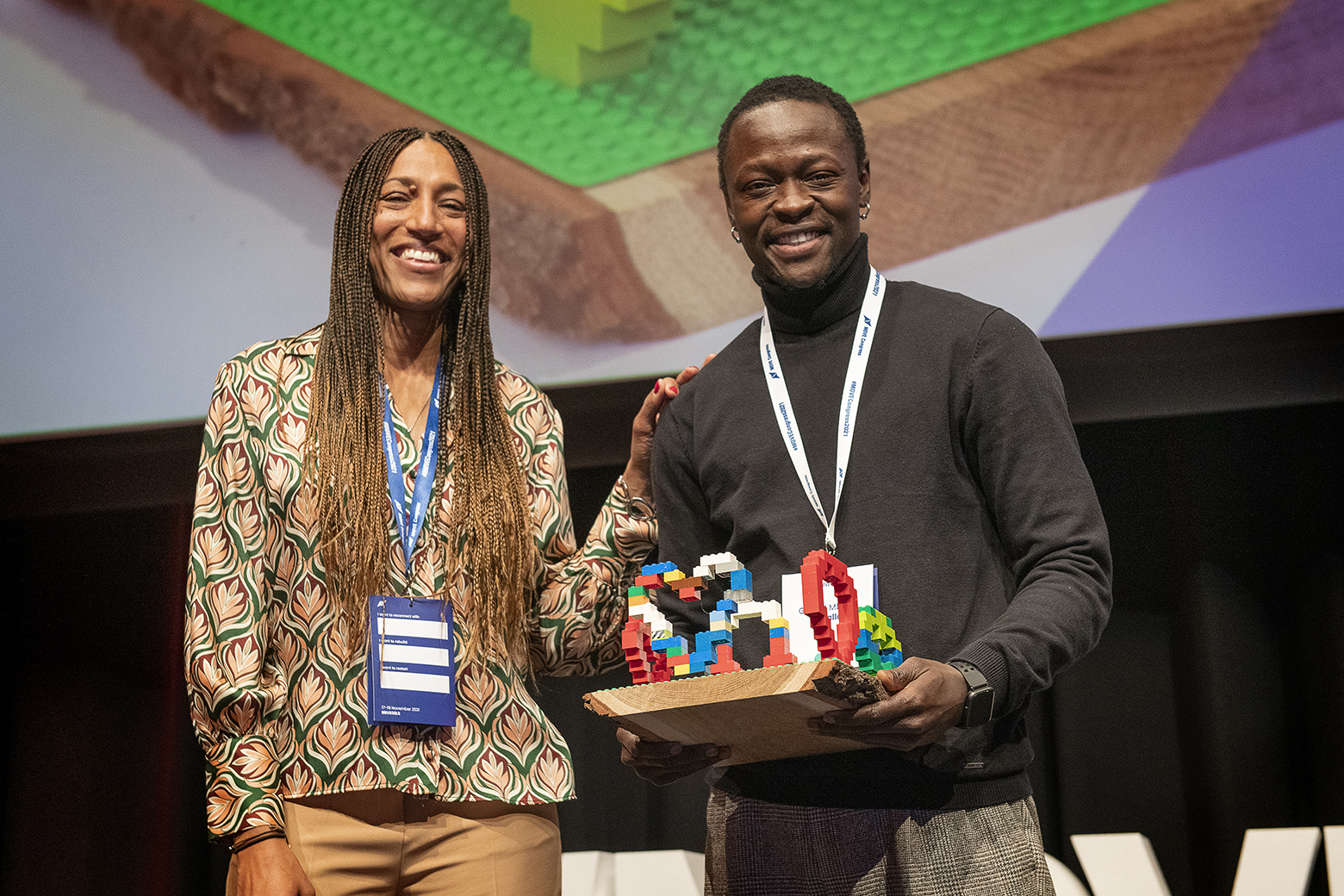 The official opening of the MOVE Congress on 17 November 2021 concluded with an ISCA Awards ceremony, with this year’s awards recognising best practices and role models in the Integration of Refugees Through Sport (IRTS). All 12 shortlisted nominees gathered for the ceremony and the winners were revealed by four of the jury members who had been part of making the final selection in three categories. The winner of the fourth category, the IRTS Role Model, was selected through a

The world’s most active conference kicks off in Brussels tomorrow!

Press release: The MOVE Congress 2021 starts this Wednesday, 17 November at 7pm CET at Tour & Taxis in Brussels! The world stopped moving during the Covid-19 pandemic, but now is the time to reconnect and reignite the sectors that help us all to be more physically active and healthy. The MOVE Congress is a dynamic global event for stakeholders in grassroots sport, physical activity, health and wellbeing, where participants walk the walk and get a huge dose of inspiration from

The MOVE Congress 2021 starts this Wednesday at 7pm CET and if you can’t make it to Brussels you can see the full opening and plenary sessions live on our Facebook page from 17-19 November. If you are joining us in Brussels, we can’t wait to welcome you there as you will join over 300 participants from 40 countries and 64 speakers to Reconnect, Rebuild and Restart together. All MOVE Congress participants can now download the official app for the event 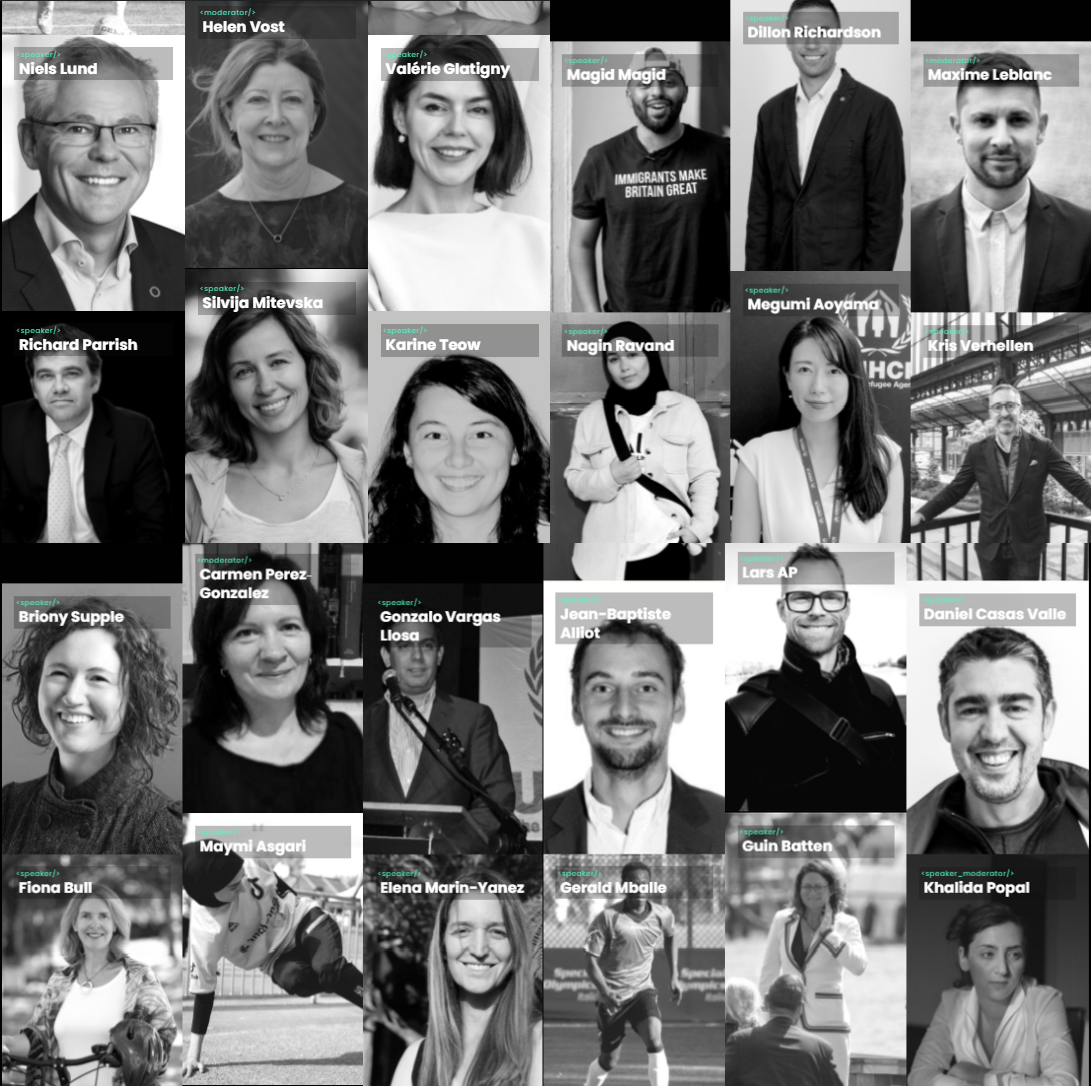 The 10th MOVE Congress is right around the corner, so the next two days will be the last chance to register. More than 55 speakers and 250 delegates will gather in Brussels from 17-19 November to Reconnect, Rebuild and Restart together. The MOVE Congress is one of the first major conferences for sport and physical activity professionals to return as an in-person event since 2019. Browse the full programme here, including 6 workshops and masterclasses and a discussion panel on cross-cutting 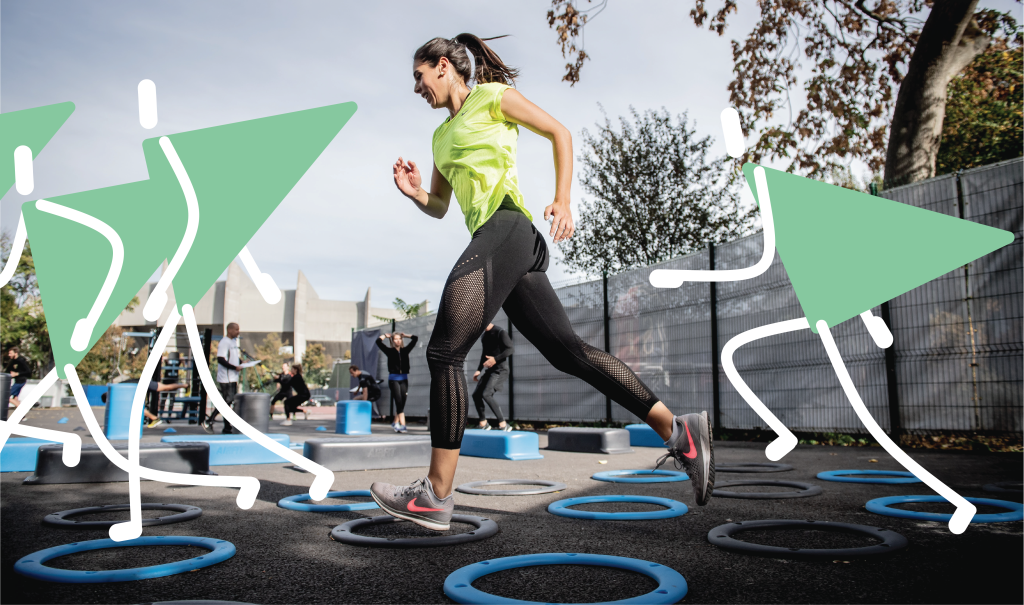 On 18 and 19 November all MOVE Congress participants are invited to start their day with a dose of physical activity by walking from the official hotel Thon Brussels City Center to the venue Tour & Taxis and collect “miles” to donate to the Daily Mile Foundation and two local Brussels initiatives via ISCA’s European Mile campaign. The European Mile aims to demonstrate that physical activity should not be exhausting and complicated but accessible and everyone can move at their own

Soon we are launching the brand new MOVE Congress app for all of this year’s delegates – so you will have all of the important practical information, the full programme and speaker bios, live updates, networking features and much more in the palm of your hand throughout the event and beyond. HOW TO ACCESS THE APP? There are two ways to access the app: By opening it in your email invitation, then downloading it 1. On the device you're bringing to the event, open 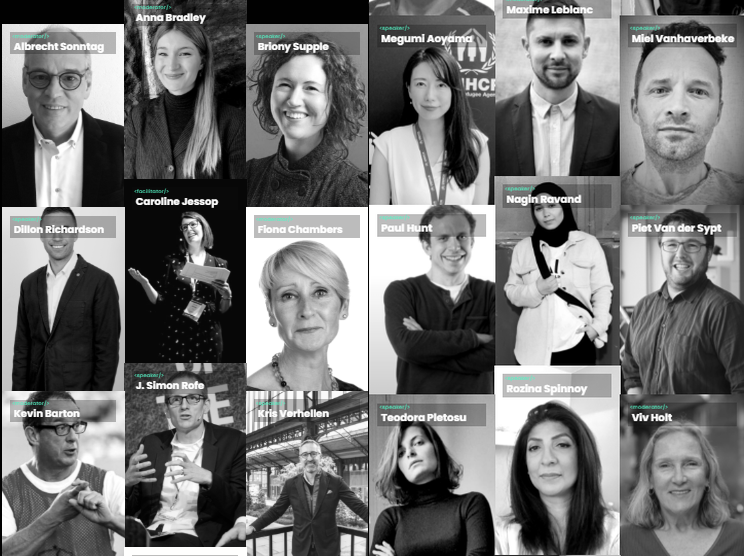 Over 40 speakers and moderators confirmed for MOVE Congress 2021

With just under a month to go, we’re getting ready to welcome more than 200 participants from 40 countries and over 40 speakers and moderators to the 10th MOVE Congress in Brussels, Belgium. Full passes and day passes are still available for one of the first major in-person conferences dedicated to sport and physical activity to be held since reopening. Get ready to Reconnect, Rebuild and Restart with your international network, including high profile institutions and inspiring role models from your 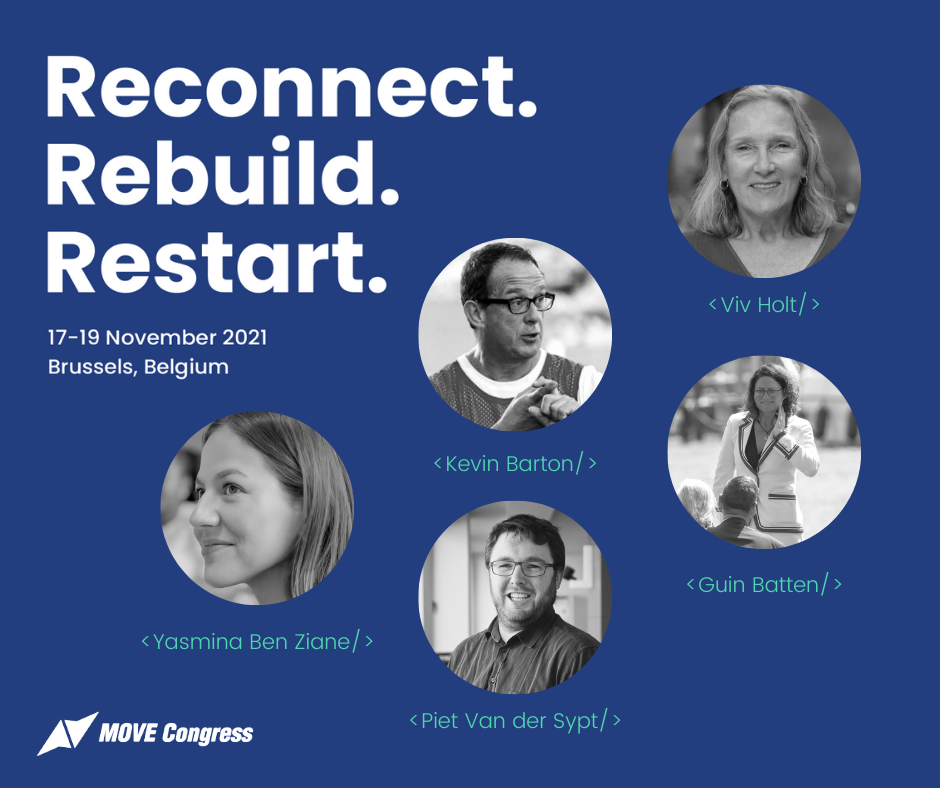 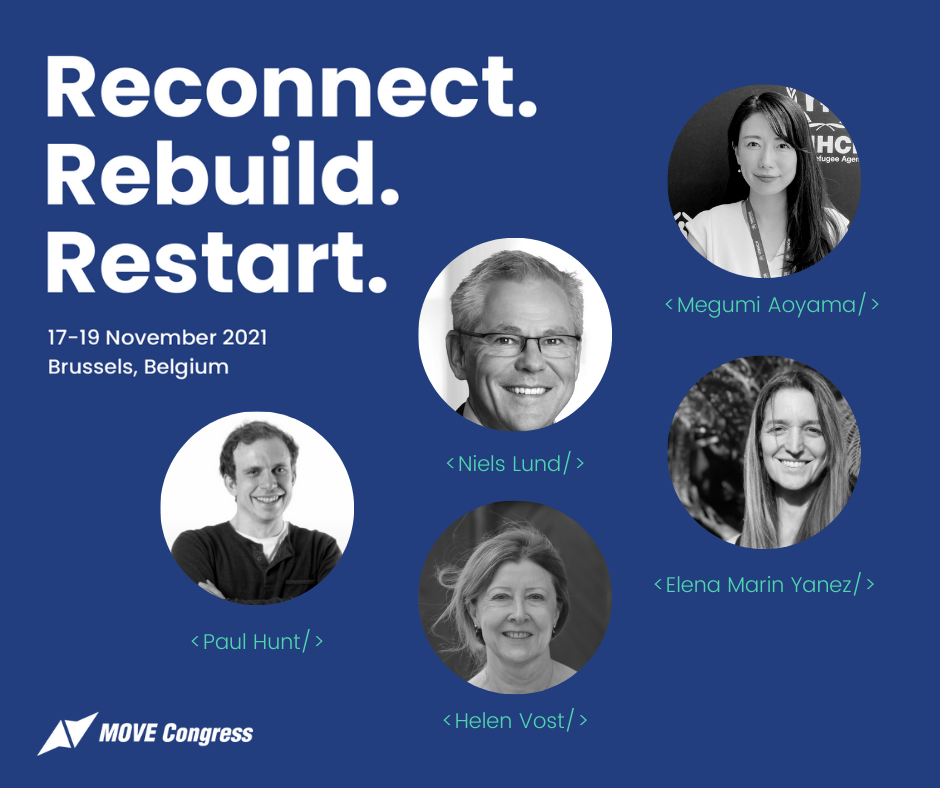