Silvija Mitevska is the President of TAKT (Together Advancing Common Trust), Skopje’s leading NGO for sport development and gender equality in North Macedonia. She is a paragliding pilot, a passionate advocate for women’s empowerment through sport, a part of the Global Sports Mentoring Programme and the chairperson of the Working Group on gender equality in North Macedonia. In addition to being a columnist for a national newspaper, she is an award-winning author and has published two fiction books. Silvija will speak in our Grassroots Sport Diplomacy track at the MOVE Congress on 17 October and we caught up with her to find out what she is looking forward to most about the event.

What are your expectations for the MOVE Congress 2019? Is there something in particular that you are excited about?
Silvija Mitevska: When the invitation came to be a speaker, I felt very honoured. I have been to the MOVE Congress in Rome, and it was one of the best events I attended in my career. The networking is incredible, and the topics covered at the MOVE Congress are interesting and relevant. I would like to learn about new ways to motivate people to be active and do sports, because it can really help them be healthier mentally and physically. One of the speakers is the leader of This Girl Can campaign, which I find really exciting as I love that campaign. In general, the range of speakers is on a high level, it is well-balanced and features a lot of women, which I appreciate. I am also excited to explore the subject of grassroots sports diplomacy, because it is relevant to some recent projects of TAKT. I think MOVE Congress 2019 going to be a very successful event.

How did you get involved with TAKT?
Silvija Mitevska: I was a paragliding pilot for many years. After I stopped competing, I realised what sport was all about – it was about empowerment, dialogue and inclusion. I had some time to think during a break in my career, and I realised that I could use my experience to establish an organisation for which sport would be a platform to advocate for all these important issues in North Macedonia and the Balkan region. So we got together with a few other female athletes and talked about the idea of establishing TAKT. It came out of our passion and dedication to sport as well as the motivation to do something right. Launched in 2014, TAKT is a very young organisation, but it has been very active. We are well recognised for what we do, not just because TAKT is the only sport NGO in North Macedonia, but also because it is run by women.

Which of TAKT’s accomplishments has made you especially proud?
Silvija Mitevska: Last year, finally, we held a massive event where we recognised the achievements of female athletes in North Macedonia. We awarded them with sport Oscars. In the past few years we felt like those women were not getting the praise they deserve. Unlike male athletes, they were not invited on a stage, they were not rewarded or given the visibility sufficient to become role models. So we really wanted to organise that event, now we are planning to make it a tradition at the end of each year to celebrate the success of North Macedonian women in sports.

You are very passionate about women’s involvement in professional sport. What are the biggest barriers for their participation and how can we overcome them?
Silvija Mitevska: In the Balkan countries, one of the barriers is the patriarchal society. A lot of girls are raised by certain standards and stereotypes that discourage them from participating in sports. Generally, it is a male-dominated industry. The opportunities for female and male athletes are not equal – women simply don’t have the same support and sponsorship as their male colleagues. They don’t have a convenient schedule for trainings, they don’t have access to the facilities, rarely do they get adequate recognition from the media. Young girls don’t even have enough role models. Everybody knows about male athletes, but when girls don’t know about successful female athletes, they can’t identify with them and be inspired. Unfortunately, the drop-out rates in sports among girls are twice as high as those among boys.

There should be special strategies and action plans to fix this. That is why TAKT is working on two levels. On the grassroots level we educate girls on how sport can shape their character and their life. We expose them to role models and success stories. On a higher level we work with sport governing bodies to raise awareness about the aforementioned issues. We try to introduce quotas and policies that would give girls better access to sport, and women to leadership positions. It is not easy to be the only NGO in North Macedonia advocating for these issues, but we believe in our cause. So far, the government has been open to our suggestions, so things are moving in a positive direction but I would love to see the change more rapidly. We shouldn’t wait so much for the gender gap to close.

How do you see grassroots sport actions becoming a niche of diplomacy?
Silvija Mitevska: I find the subject of grassroots sport diplomacy very interesting. It is a new type of diplomacy, so when I first heard about it a couple years ago, I immediately felt attracted to it. Grassroots sport diplomacy is all about value-based communication and exchange across borders. Fortunately, with ISCA we can build bridges and partnerships through North Macedonia and Kosovo, and it has been working perfectly. I think that when you don’t involve the state, and instead do sport activities on a grassroots level, it is bound to be successful and have a great impact. Sometimes we don’t speak the same language but we still trust each other and build strong connections when speaking the language of sport. The soft power we can share and explore through grassroots sport diplomacy is just amazing, and I believe that it is only going to develop more. 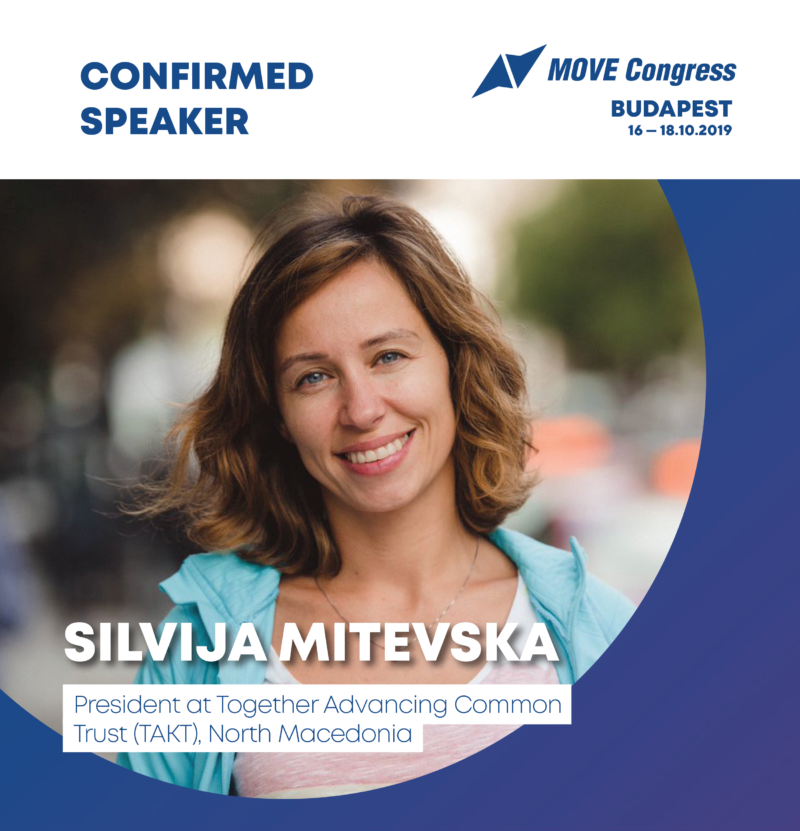 From athlete to advocate: Silvija Mitevska on what inspired her to become a sports diplomat

Silvija Mitevska is the President of TAKT (Together Advancing Common Trust), Skopje’s leading NGO for sport development and gender equality in North Macedonia. She is a paragliding pilot, a passionate advocate for women's empowerment through sport, a part of the Global Sports Mentoring Programme and the chairperson of the Working Group on gender equality in North Macedonia. In addition to being a columnist for a national newspaper, she is an award-winning author and has published two fiction books. Silvija will