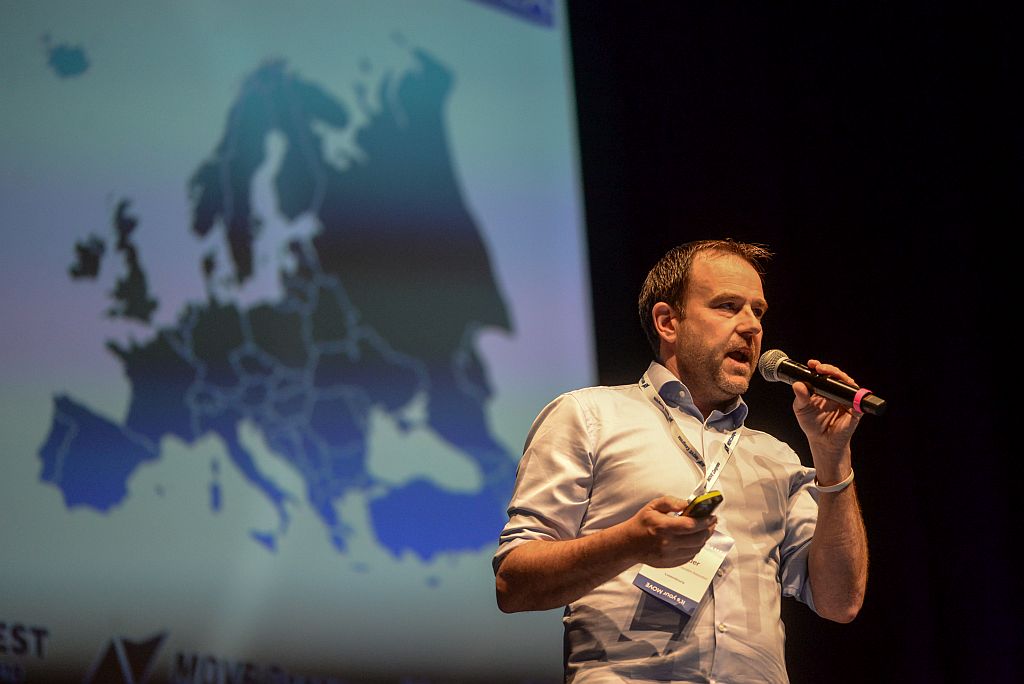 LazyTown’s Magnús Scheving and the founder of the Primal Play method, Darryl Edwards, gave MOVE Congress participants a spectacular launch into a full day focusing on the theme of getting more children active. The track “Discovering new perspectives on physical activity promotion among school children” unveiled a new Moving Schools Award scheme and shared experiences from 3 continents, with speakers travelling to Budapest from Canada, the US, Hong Kong, Luxembourg, the UK and Poland to be part of the Congress. 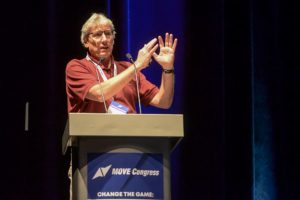 Another international initiative, the Moving Schools Award, was launched during the track as an outcome of the EU-supported European Physical Activity Label for Schools project, led by the Hungarian School Sport Federation. 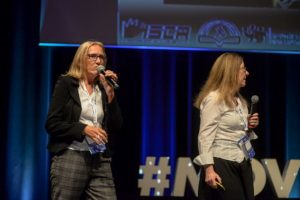 Project partner representatives Claude Scheuer (pictured above), President of the European Physical Education Association, Luxembourg, and Viv Holt and Helen Vost (pictured right) from Youth Sport Trust International, UK, joined moderator Zoltán Boronyai in presenting the new initiative, which will first be open to schools in Europe to assess the opportunities they provide for school children to be active and apply for awards that recognise their efforts to become more active schools. Bronze, silver and gold awards will be presented to schools that can demonstrate that they deliver high quality physical activity, physical education and school sport.

Providing the right setting and opportunities for children to play freely is an important role for schools in this context, Holt said.

“They just need the opportunity; it can be a piece of paper or a rock. No matter what, kids will play.”
She also noted the barriers to children’s participation, which are increasingly becoming influenced by appearance, and that this applies to both genders.

“There are a lot of body image insecurities among boys and girls, which un-motivates them to become more physically active.” 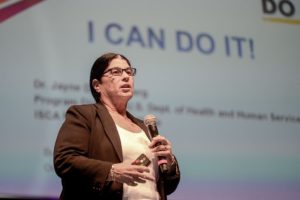 Dr Jayne Greenberg (pictured right), Director of the “I Can Do It” programme at the US Department of Health and Human Services noted that children with disabilities in particular are breaking similar barriers through programmes such as the one she is leading. 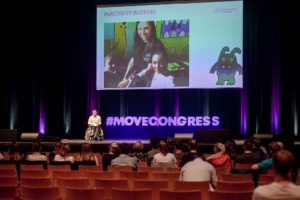 Ultimately, turning physical activity into an accessible game could be the most effective way of helping children forget their insecurities and just play, V4Sport Foundation President Jakub Kalinowski (pictured left) from Poland said. His organisation has created a whole “Galaxy of Physical Activity” including monsters who the children have to defeat with “physical inactivity busters”. Building simple cut-outs of the monsters and creating physical inactivity buster characters has become an interactive mobile show that V4Sport has introduced to schools and outdoor events to motivate children to get involved and play.

The message tied in seamlessly with the plenary speeches from the morning and the overall theme of the Congress – which can mean than changing the game could be as simple as creating a game, or even more simply allowing children to invent their own.