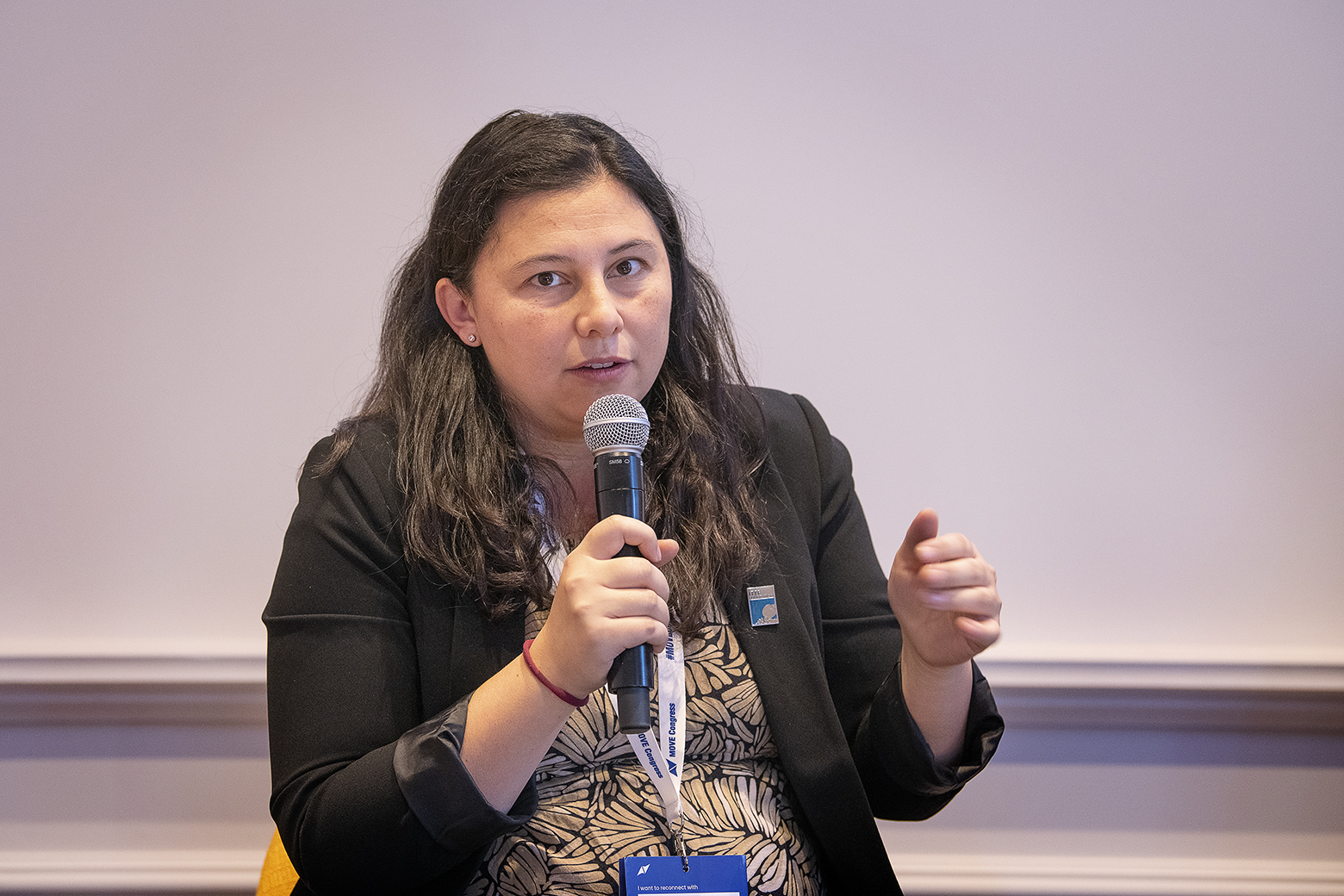 A two-part workshop and discussion panel featuring experts from two EU-supported projects ‘Towards an EU Sport Diplomacy’ and ‘Promoting a Strategic Approach to EU Sport Diplomacy’ was held at the the MOVE Congress 2021 on Thursday 18 November, exploring broader international perspectives of Sport Diplomacy, and looking closer at the EU Strategy on Sport Diplomacy. Best practices and the role of sports events were discussed with high profile speakers from European institutions and the IOC. 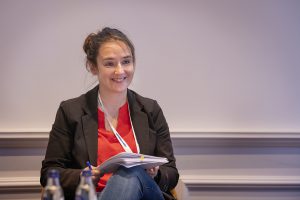 Albrecht Sonntag, a specialist in the socio-cultural and political dimensions of international football, and Carole Gomez from IRIS introduced the first panel in the workshop, which included an online interview with Ashleigh Huffman from the US Department of State, Karine Teow from the ITTF Foundation and J. Simon Rofe from the Centre for International Studies and Diplomacy, who also shared his knowledge online from the UK.

The discussion was accompanied by a poll among the workshop’s participants. 21% of them considered that sport governing bodies, national governments, individual sportspeople or teams, civil society organisations/NGOs, the European Union and multinational companies are the main “actors” in sport diplomacy. 24% of the participants believed the main purpose of sport diplomacy was to facilitate intercultural encounters and 20% thought it was to reduce prejudice. Some participants also underlined the importance of work for peace (18%) and of promoting specific values (18%). 85% of participants considered that the European Union should become more involved in Sport Diplomacy while 15% were not sure.

Sport diplomacy is a golden triangle of business, government and civil society working together to try to attack the civil problems we see

Answering the question about what works in sport diplomacy, Ashleigh Huffman underlined that “the type of sport diplomacy that works best is one that has his locally-owned in supported, it’s travelling by the needs of the community, it includes state and non-state actors and it’s tangible and impactful.”

“Sport diplomacy is not an arms race to win the most medals, I would say and at best it’s a reciprocal relationship that really elevates humanity,” Ashleigh said, while J. Simon Rofe described communication, representation, negotiation as three core aspects of sport diplomacy.

Karine Teow (pictured top) from the ITTF Foundation highlighted the 50th anniversary of the famous “ping pong diplomacy” and the collaboration between the US and China in table tennis, where the ITTF will host the World Table Tennis Championship in Houston, US, and Chengdu, China, during which high-level discussions will happen including ambassadors and athletes. Table tennis has been used for peace-making and conflict resolution at both state and grassroots levels, based on the principles of initiating dialogue, reducing violence (mediating), finding common solutions and agreements to settle differences (reconciling) and bringing people together (uniting).

Karine showed how sports can be useful to support the UN’s SDGs by using World Table Tennis Day (WTTD) as an example, which has been celebrated annually on 6 April (the International Day of Sport for Development and Peace) since 2015.

Collectively we can do much better

Laurent Thieule, the President of Think tank Sport and Citizenship, introduced the second panel of the workshop, which included Silvija Mitevska, Cabinet of the Prime Minister of the Republic of North Macedonia, an expert on sport diplomacy, Marc Tarabella, Member of the EU Parliament, Chair of the Sport Eurogroup of the Parliament, Prof Tanguy de Wilde d’Estmael, Université Catholique de Louvain, Europe – China and Europe – Russia Chairs and Valérie Glatigny, Minister of Sport, Fédération Wallonie – Bruxelles, Belgium, who sent her video message to the audience.

Silvija Mitevska first gave the example of North Macedonia’s strong relations with other countries and its success in extending the European Week of Sport to the Balkans and carrying out a global sports mentoring programme. Prof Tanguy de Wilde d’Estmael pointed out the community value of sport and that “in times of crisis sport means neutrality; it’s a field where we can meet without a political agenda.”

Mega-events have often come into the spotlight as vectors of sport diplomacy. Baron Pierre‐Olivier Beckers, a Member of the IOC and Former President of the Belgian Olympic and Interfederal Committee, mentioned the “two Koreas” competing as one as a significant way the Olympic movement has contributed to sport diplomacy. 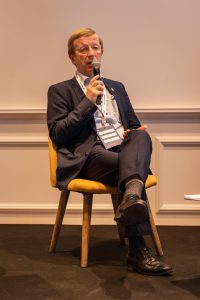 “During the Olympic Games 2018 North and South Korean women hockey unified team [achieved] more for peace and diplomacy than different statements and political meetings made. That’s why Olympic Games is extremely powerful,” he said.

Marc Tarabella said the football World Cup has recently made an impact in Qatar in terms of raising minimum standards, although he admits there is still a long way to go.

“Of course it’s not perfect in Qatar 2022 now. But they have made huge progress on the situation with migrant workers; they set up minimum salary rule, higher than in Romania and Bulgaria, introduced security protection and no working hours during the hot summer when the temperature goes more than 50 degrees, and started paying directly to bank accounts.”

During the closing of the session Professor Richard Parrish, from Edge Hill University, UK, revealed why the EU should adopt a Sport Diplomacy strategy. He highlighted aspects such as European sporting heritage; unity in diversity – the sum of national sport diplomacy strategies; a maturing foreign policy and an opportunity to develop a values-based approach; existing instruments: EEAS, Third Country Agreements, Erasmus+ and fear of missing out.

The participants in the room, however, are certainly not at risk of missing out on being part of the emerging fields of sport diplomacy and grassroots sport diplomacy – they are right at the forefront and have a lot to achieve if they work together.

<MOVE Congress 2021/>
Innovation seems to be everywhere and for ev