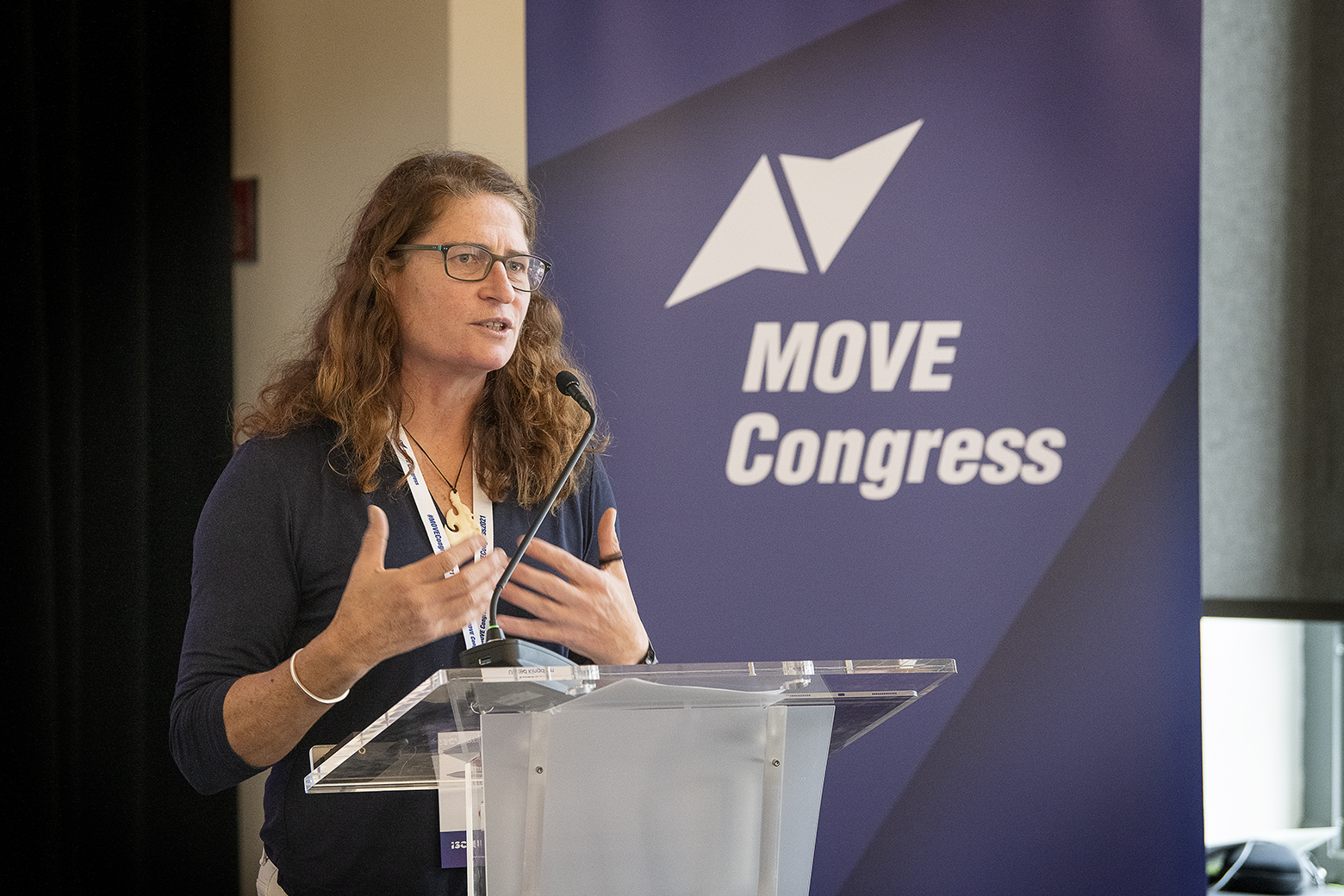 Kevin Barton and Viv Holt from Youth Sport Trust international led a peer-to-peer masterclass on the last day of the MOVE Congress titled ‘Rebuilding mental health through physical activity’. “We don’t come here as experts, but as fellow learners with you,” Barton said as he introduced the session. As Dr Fiona Bull from the WHO said in her morning keynote, the past two years have increased awareness of the impact of being restricted and less able to move have affected both our physical and mental wellbeing. So Youth Sport Trust International deliberately embedded movement into this masterclass to help the participants explore how physical activity can affect our mental wellbeing. 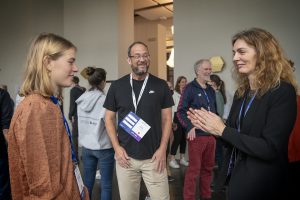 Instead of presenting slides with facts about physical activity and mental health, Barton and Holt created a “treasure hunt” of conversation starters with facts and figures from recent research. Cognitive games and dance were also used to show the participants how stimulating the body can help stimulate the mind. 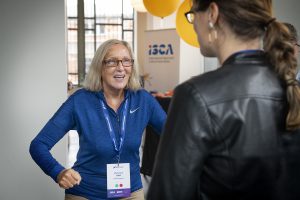 How do you cope when rescue is 48 hours away?
Guin Batten won Great Britain’s first female Olympic rowing medal in Sydney 2000, achieved numerous records, and was a part of world’s first all-female crew to row across the Atlantic Ocean from west to east.

Batten began her keynote speech by describing her childhood. “I was really good at getting into trouble,” she says, “and I took that on as my identity. I wanted to be the child who was different, the child sitting at a separate table at lunch.”

At only ten years old, Batten was caught on top of a high building with some friends and consequently scolded by the school’s headmistress. The latter wanted to know if Batten had been trying to commit suicide, but it wasn’t the case, as she didn’t even know the meaning of that word.

Eventually, the school advised Batten’s mother to take her out, as she was going to be expelled anyway. The future seemed bleak at the time, but, if anything, this serves as a reminder that rejection essentially means redirection. Batten’s new school valued physical activity at its core and had a different approach to education, including effort grades and incentives. Something shifted inside this child’s mind and, after years of struggling with identity, Batten finally began to find her self-worth through sport. “Learning the rules of sport allowed me to learn the rules of life,” she says with confidence, describing sport as a “safe space for young people to experiment with their behaviour.”

Having dreamt of participating in the Olympics since she was 12, Batten finally went to the national team trials for rowing at 23. She came in the top six but wasn’t selected. “I didn’t understand why,” she reflects on that day, “I felt so upset and betrayed”. The young athlete couldn’t move past the confusion and ended up calling the coach and demanding an explanation. “You will never be an international rower, you are too small,” was their answer. It became another turning point in her career. Faced with the choice between walking away from a lifelong dream and figuring out another way, Batten swapped a two-person boat for a single scull. Exactly one year after that fated phone call, she was ranked eighth in the world. But it wasn’t smooth sailing from then on. In fact, the athlete describes her journey to success as “long and painful”.

Years later, when working with the Youth Sport Trust, Batten wanted to find out why some promising young athletes never go on to be successful, while those who may not initially show as much potential actually do. What was it that separated them? The most significant characteristics were: mental toughness, hunger to achieve, communication skills, intimate understanding of one’s sport, courage to do something different, and planning for success.

The importance of one’s sense of belonging and support networks, of course, cannot be overstated, both in sport and in life. To reiterate its significance, Batten spent the last few minutes of her presentation describing her experience rowing across the Atlantic Ocean in 2016. It took them 48 days to row from New York to Falmouth, a feat rendered even harder by an unconventional route.

“Four thousand people have been on top of Everest,” Batten elaborates, “700 have rowed an ocean, only 61 rowed this particular bit that we took, which is the wrong way, three of those people were women, six have died trying. Only 38% of rowers who leave from the US or Canada actually make it across the ocean.”

What kept these five women going, day and night, for almost two months? How did they remain calm, knowing that rescue was at least 48 hours away? And how does one cope with isolation so profound, that at times the nearest humans are those on board the International Space Station as it soars overhead? It was the deep need to support and look out for each other, because nobody else could.

“The ocean is like life, sometimes it’s really unpredictable and unforgiving,” Batten concludes, a nod to something much larger than any sport. “If someone shares just a bit of kindness, you can cope just a bit more. But you have to admit that you need help.”