Do the most restricted members of our society still have the right to MOVE? 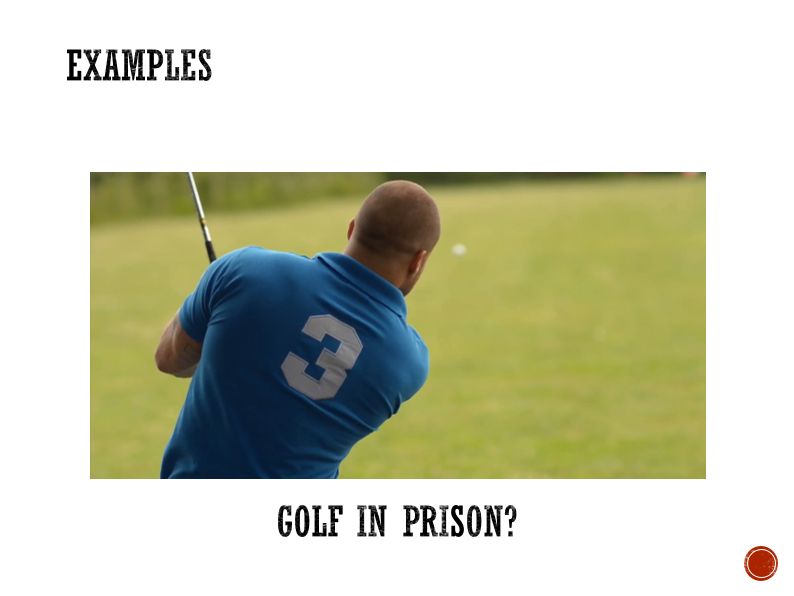 We all have the Human Right to MOVE. For some of us, this right gets restricted by the way our lifestyles have developed – either by sitting for hours at work, by machines transporting us around, or by the busy urban settings we live in. But what about those who are completely restricted – do prisoners have the right to move and participate in recreational physical activity, for example?

This question is bound to prompt a debate wherever it is asked. And it did at the MOVE Congress 2014 in Rome. Kris Hermans, from the EU-supported Prisoners on the Move: Move into Sport, Move through Sport project showed us how the ‘Flemish Strategic Plan for prisoners’ in Belgium created an agreement with the ministries of Culture, Sport and Wellbeing to offer more physical activities inside prisons and aim towards better integration of the prisoners when they return to society.

MOVE Congress presentation Prisoners on the Move from 2014

What are the advantages of allowing a prisoner to play golf? Or participate in MOVE Week, as they have in Albania and Bulgaria? Or compete in tournaments with other inmates, as ISCA member Romanian Federation Sport for All tried with their MOVE Transfer project Interethnic Cup?

First, the Prisoners on the Move project’s coordinator De Rode Antraciet argue that getting prisoners who are stuck in their cells for 23 hours a day outside and moving has great benefits for both their physical and mental conditions. They also argue that developing prisoners’ social skills through sport will pay off when they return to the community.

“After all, sport has to do with being fair, learning to win and lose, solidarity, integrity, respect for the opponent,” they write in the project’s report, which you can read here.

This particular project has now been completed, but the questions still remain. Restrictions to the Human Right to MOVE are everywhere – what can we do about them?

At the MOVE Congress for the Right to MOVE in Birmingham from 4-6 October 2017, we’ll discover that WE are in the driver’s seat.