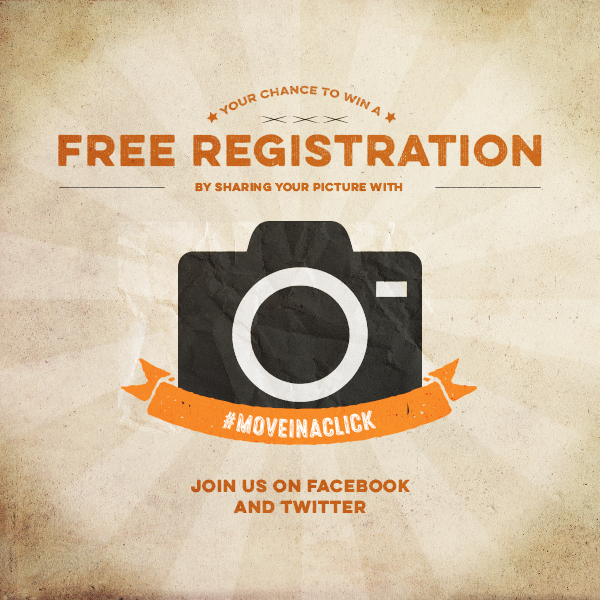 Share a photo with the #MOVEINACLICK for your chance to win!

The MOVE Congress 2014 organisers are giving you the chance to be rewarded for your creativity and win free registration for this year’s event in Rome from 22-25 October. All you have to do is share a picture on Twitter or Facebook with the #MOVEINACLICK that you think represents “sport for all”.

Sport for all is a concept that has different shades. Is it club sports? Is it exercise that you organise yourself, like running or working out? Does it include walking to the shops, gardening or riding your bike to work?

Organisations and other stakeholders interested in grassroots sport are still debating the meaning of sport for all and defining what it encompasses. What we know for sure is that people choose to be active in many different ways and in different places. We also know that action speaks louder than words, so we want you to show us what you think:

The MOVE Congress 2014 Photo Contest is open to anyone regardless of their residence or citizenship, so long as the laws of their jurisdiction allow participation.

The Congress organisers have decided to transform the Photo Contest (launched last month) in a more open and social initiative. In case you have submitted us your best picture via email the MOVE Congress organisers will shortly contact you, meanwhile don’t hesitate to show it to the world through the #MOVEINACLICK!

Questions and inquiries about contest rules can be emailed to contact@movecongress.com or asked via Twitter with the #MOVECongress