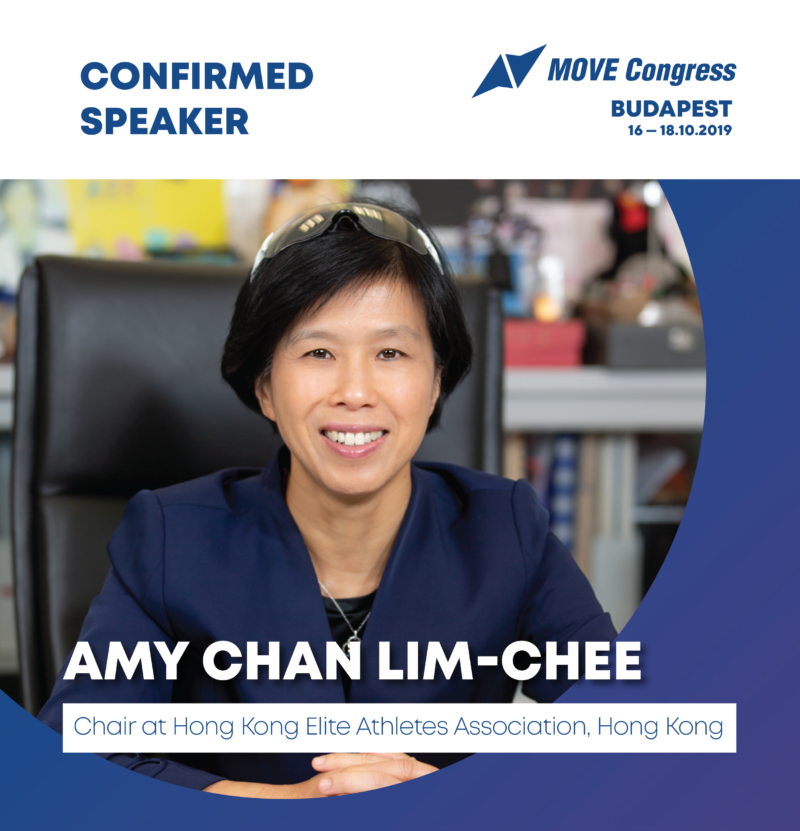 Amy Chan Lim-chee is a former elite athlete who is now changing the game for sport for development and women in sport leadership as the Chair of the Hong Kong Elite Athletes Association and Executive Manager of the Racing Development Board of the Hong Kong Jockey Club. She is also our latest confirmed speaker in our track Discovering new perspectives on physical activity promotion among school children on 18 October at the MOVE Congress in Budapest.

Chan first enjoyed success in the world of sport as a badminton star, winning an Olympic bronze medal in Seoul and a Commonwealth Games gold medal in Auckland. Now, she is leading the way in sport management and has become an international role model in sport for development, being named as a Laureus Sport for Good Ambassador and presenting her vast experience in a TEDx talk last year.

After breaking into the “man’s world” of horse racing, Chan has not stopped trying to change the game in the sport and physical activity sector. Bessides leading by example in sport for development internationally, she is also leading a national project called Hong Kong Active School, which is aiming to get more children active on an average school day.

The Active School project has relied on a strong advocacy effort towards decision-makers in schools that has paid enormous dividends over a short period of time. Within only three years the project has rapidly gathered strength, taking off from the start line by convincing five school headmasters to adopt a more active approach, and now counting 166 schools that are on board with the programme today.

The project has received an injection of €2.8 million in funding from the Hong Kong Jockey Club and the amount is likely increase by another half a million in the coming period.

Chan and her “Active Team” already have plans to build on their success. Their next MOVE is to expand on the project with a new initiative called Active Communities.

Gain exclusive insights into how Amy Chan and her project team have built their successful programme from scratch on Day 2 of the MOVE Congress 2019 in the track Discovering new perspectives on physical activity promotion among school children.

<MOVE Congress 2019/>
The conference is at your fingertips with th