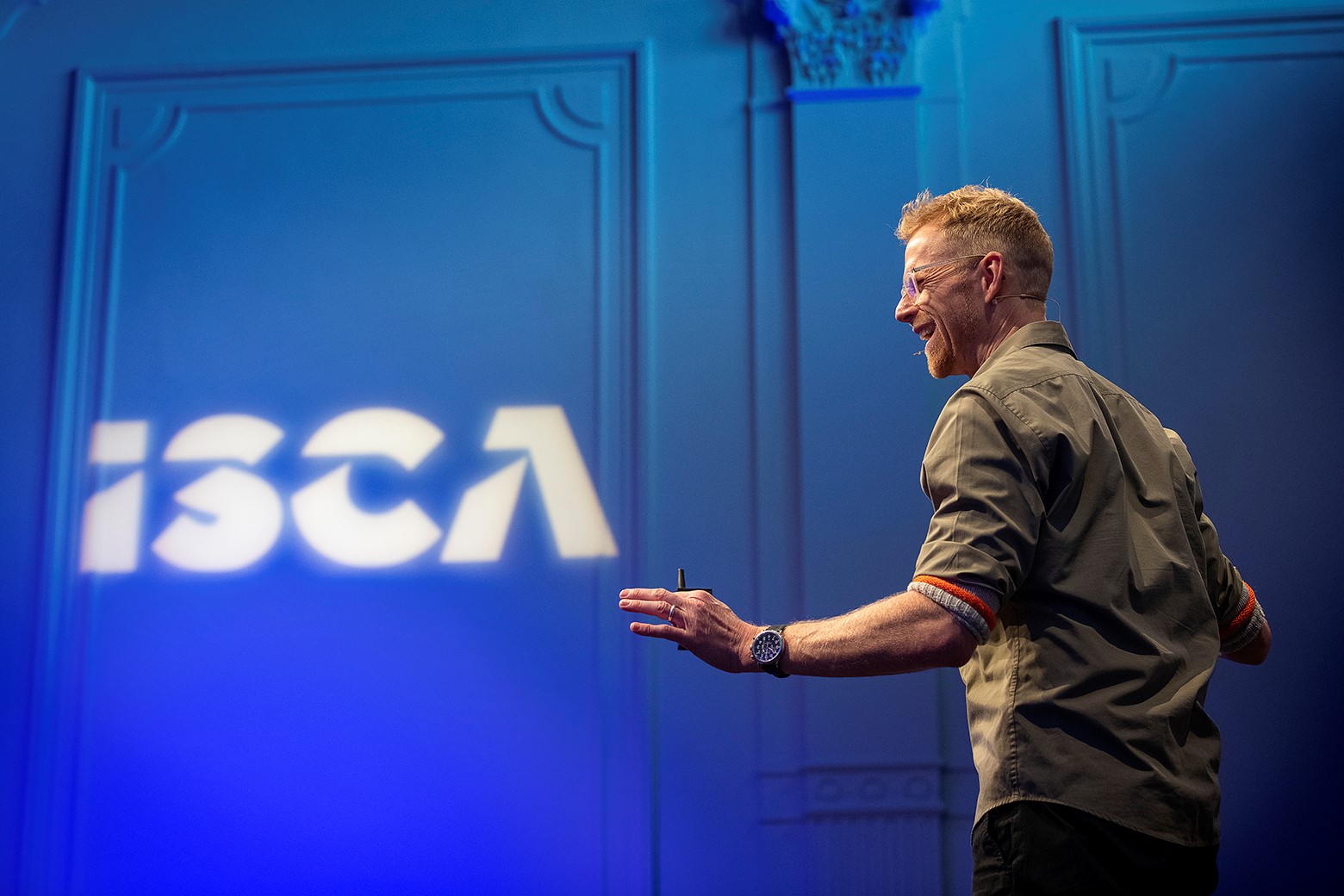 Restarting friendlier and by daring to go a different way

A little provocative nudge in a different direction is something we need right now – to “build back better”, to create a “new normal”. And our MOVE Congress 2021 keynote speakers on 18 November, Lars AP and Magid Magid are experts in disruption when it comes to nudging individuals and communities towards social change.

“Part of the theme here is Restart – but how?” Lars AP, the founder of the F***ing Friendly movement in Denmark challenged the audience of community sport and physical activity promoters.

Of course, inclusion is the name of the game at this MOVE Congress. But what happens when our activities aren’t really as inclusive or open as we think, despite our best intentions? Lars pointed to his home country, Denmark, as a society with a strong tradition for recreational club membership and culture.

“In a survey [conducted] among expats, Denmark ranks as the most difficult country in which to gain new friends. And that’s a big surprise because we have so many associations and you can just join them… and it’s a great way to meet new people.”

But, instead, people are growing further apart in their day-to-day interaction, and this trend is being felt around the world, not only among expats trying to navigate a Nordic “utopia”.

“A little bit of breaking news to us is that we’re all experiencing a decline in the amount of connection and micro-moments of connectedness we feel… This is not something that Covid set in motion, but it was set in motion way before.”

When you’re playful, you move people

Lars’ own movement to nudge Danes to be friendlier and more open started when it dawned on him that his behaviour changed when he switched between his mother tongues Danish and English (he is half-American).

“The one thing that I really noted was that, when speaking English, I’m two degrees happier than when I speak Danish. Seriously. And of course you know that Danes are said to be among the happiest people in the world.”

With international happiness ratings and clichés lingering in the background, Lars delved further into the notion of happiness, how it’s linked to our everyday gestures and how he could play with these ideas when interacting with strangers.

One of his friendly pranks that turned into a viral video was his stunt as a fake parking attendant who was “ticketing everyone like hell” with a “parking prize” of DKK 100 for good parking. During the pandemic, his team also sent postcards to random Danes to reach out and say “hi”.

Back to community sport organisations – so how can we be friendly social disruptors? Lars listed three things to consider working with, even if you believe you are already practicing them. The first is openness, the second is to set the scene for more friendliness and the third is to be playful.

“Combining new activities with engaging sports – and I think this Congress is a testament to the fact that you guys are excellent at thinking of concepts that work out like this,” he said.

“When you use your playfulness, your sport and your interest for it, you bring people together and you move people. And when [you’re] moving people, they don’t only move physically, but they get moved emotionally and that’s just spectacular.”

<MOVE Congress 2021/>
Nothing about us without us: Why sport needs