Using song and music as an energiser at a congress

During the MOVE Congress 2014, we made music! The congress participants were surprised in a good way with regular pauses for movement and music during the sessions. Congress convenor Sean Blair, from ProMeet, and Tom Currie and Howie Saunders from AudioFuel, share their experiences in organising this energising initiative and tell how they helped the audience find their rhythm and create their own song. 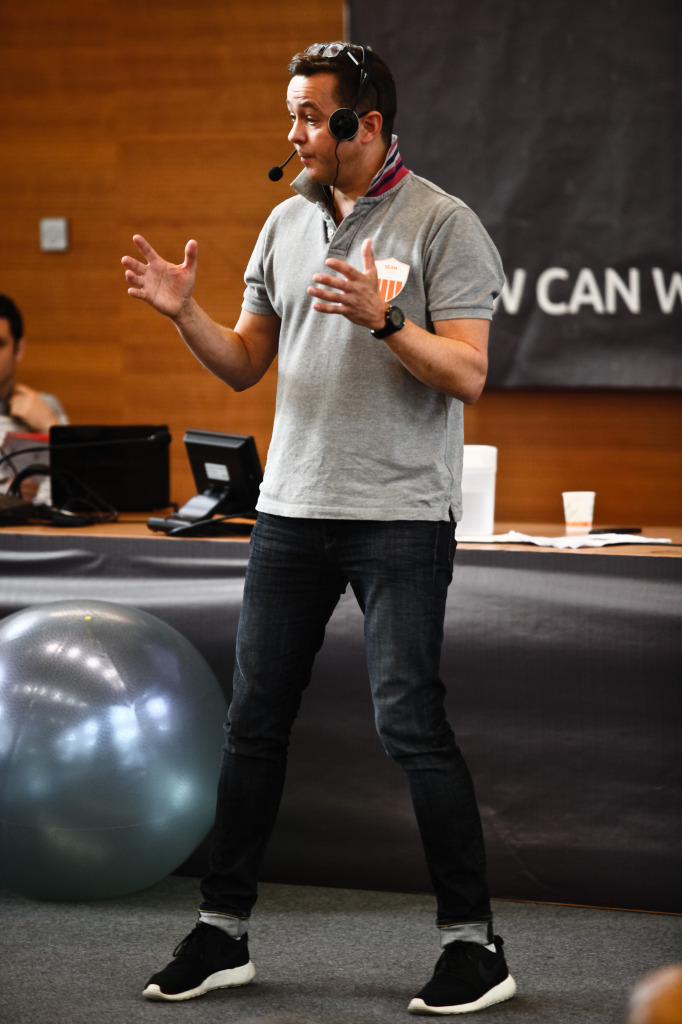 In early 2014 I was asked by ISCA to suggest inspiring new ways to begin the ‘MOVE Congress’, an annual three-day conference for about 300 people from all over the world.

I suggested using song as a way to get all 300 people immediately working together with the hope that in asking people to sing (participants would not be expecting this request!), it would also tell participants that this is not a traditional congress where they get spoken at for 3 days, but a congress that invited their heartfelt participation right from the start, giving them permission to think, work and act in new ways.

Having worked in a music business, AudioFuel, for 5 years, I knew a talented composer in Howie Saunders, and my closest friend Tom Currie is an accomplished conductor and composer. My experience of making music to help people exercise also suggested that if properly planned we might be able to deliver three interactive singing ‘energisers’ (one on each day of the congress), but also make a final mixed and mastered track that featured participants singing and would become the anthem on the congress.

ISCA was brave in accepting this suggestion and Tom and Howie took on a challenge that was way more challenging than any of us had imagined.

Tom expertly drew 300 people into the unexpected process on the first day, with some simple warm up exercises, (see attached video) and delegates looked pleased with themselves after the opening evening session. (After the welcome drinks reception, as I walked back to the hotel, it was pleasing to hear delegates singing “NowWeMOVE’ as they walked home…!) On each of the next 2 days in two 15 minute sessions the participants sang different parts.

The recordings we made were added into the final mix and the MOVE Congress closed with a video set the the music Tom and Howie had written, featuring singing from the delegates.

It was an unusual and unexpected way to energise 300 people, but one I’d be keen to further explore.

When we first discussed the idea of movement and singing energizer sessions at the MOVE congress I felt instinctively that it would fit well for the delegates and be a natural extension to the theme of the event. What I didn’t know was how the delegates would sound and, as we were planning to record them to create the souvenir of the project, that was a risk. At the first session I was very impressed by their enthusiasm and luckily their voices! The group was musical and we just had to capture their performance to use in the composition. In conversations with delegates across the three days I also got a strong sense of what an important role music played in their lives and work.

It was really fun leading the sessions and after the playback of the final piece I was proud of what had been accomplished through the project and grateful for the great support of everyone involved. As I flew back to London that night my mind was buzzing with ideas on how to build on the creative process, explore other themes, involve delegates in the composition and create a more ambitious end product. I do hope we get to work together again! 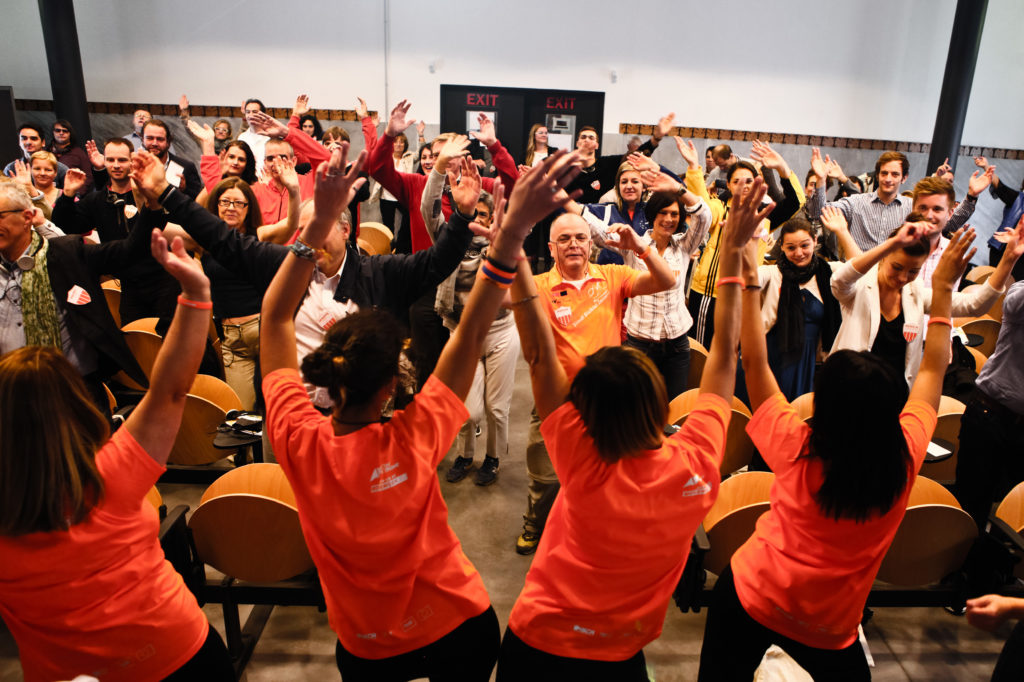 When the invitation came from the organisers of the Move Congress 2014 in Rome for Tom Currie and me to contribute to the event, the challenge was to combine our individual knowledge and strengths to create something completely new. Our aim was to act as “ice breakers”, to use the universal language of music and song to unite and energise people, and to use music as a source of motivation for movement.

Our secondary aim was to record the performances as we went along, and to use the elements to make an original song that captured the spirit of the Congress. Our hope was that we would have a unique souvenir of the event, featuring contributions made by all those present, singing and moving as one. If successful, we might leave with something permanent to keep and share with others, that would serve to relight memories of what happened and to help extend the life of the congress beyond its’ three days duration.

Attempting anything new and ambitious comes with risk attached, so Tom and I had much to learn and adapt to as the Congress unfolded. In truth, such was the warmth and enthusiasm of the people attending the Congress, that very little “ice breaking” was required. Each energiser session offered something different from the other, with the audience responding to Tom’s direction, until after the third session on the final day, when we felt we had recorded enough material to complete composing the song.

We had five frantic hours to finish the job, with seconds to spare as the Congress was coming to a close, we presented the movie and the anthem of the Move Congress 2014 and, IT WORKED! The song was then played a second time, with everyone in the room singing, dancing and throwing balls at each other! It was a fantastic ending to what had been an exceptional week.

Speaking more generally, during my time in Rome, it really struck me the power that a congress can have. That is, when people from different backgrounds come together and unite under one message, with the courage to share innovations and open up to new ideas, fuelled by a collective will for progression and change. 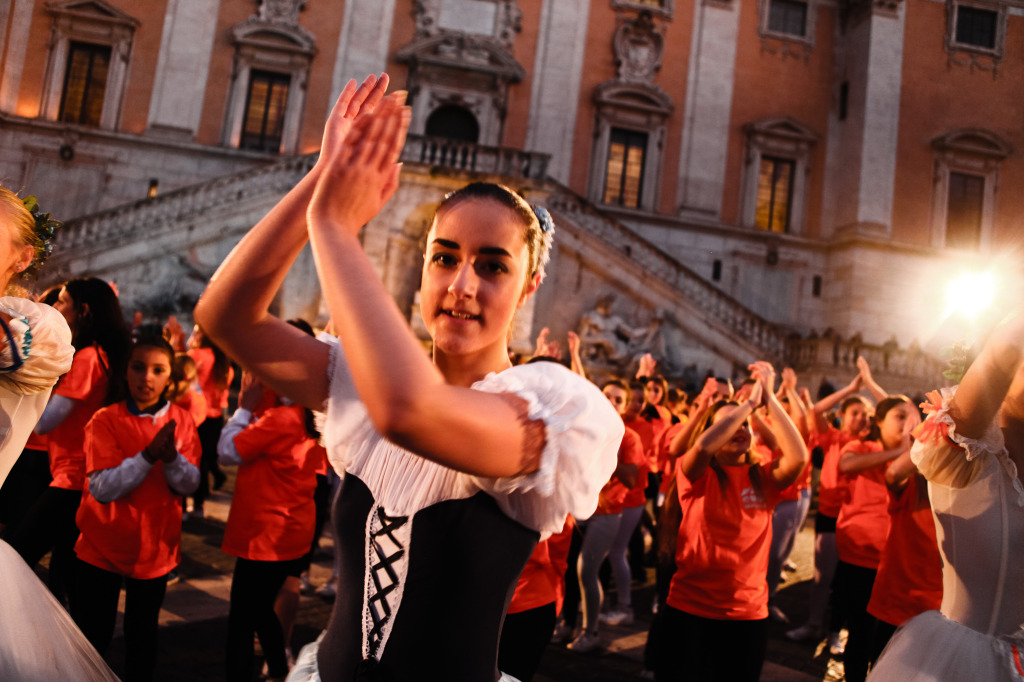