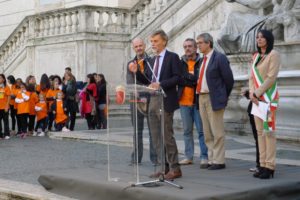 In a MOVE Congress first, two groups of delegates set off to discover Rome in an “urban orienteering” session after the formal sessions wound to a close on 23 October. They were guided by two Italians (and their skilled translators) who knew Rome’s ancient and modern urban planning and inside and out – Dr. Renato Sebastiani from the Italian Ministry of Culture, and Gianluca Di Girolami, an archaeologist and President of UISP Roma.

The 5km and 2km walks were each dotted with ancient monuments and unexpected “Flash Moves” along the way, including a fire dancer, hopscotch outside Circus Maximus and young contemporary dancers.

But the grand finale was waiting for the urban orienteers at 6pm at Capitoline Square.

ISCA and UISP Presidents Mogens Kirkeby and Vincenzo Manco were part of the welcoming committee, along with State Secretary to the Italian Prime Minister, Graziano Delrio.

The Mayor of Rome also sent his greetings to the Congress organisers and participants.

The event concluded with dances performed by nine different groups, and a rendition of the MOVE Week flash mob, which saw ISCA staff, national coordinators and other onlookers joining in a prominently placed celebration of the MOVE Congress and the NowWeMOVE campaign. 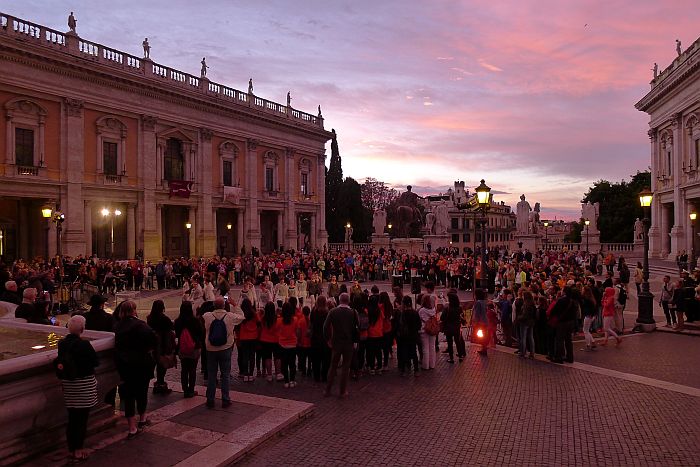